The country has 33,000 business at least a century old. How have so many survived – and what does it mean for Japan’s future?

Japan is changing: a rapidly ageing society, a record-breaking influx of visitors from overseas, and more robots than ever. That’s where the country’s young people come in. Gen J, a new series by BBC Worklife, keeps you up to speed on how the nation’s next generation is shaping the Japan of tomorrow.

Tsuen Tea sits on a street corner overlooking a large river and bridge in a sleepy outer suburb of Kyoto, Japan’s ancient capital. In a city famous for extraordinary shrines, temples and gardens (and an inundation of tourists armed with selfie sticks), it’s a relatively unremarkable structure; a quiet place to enjoy some ice cream or green tea.

But there’s something special about Tsuen Tea: it’s been open since 1160 AD and claims to be the world’s oldest continually operating tea house. It’s run by 38-year-old Yusuke Tsuen, who sits cross-legged behind a counter low on the floor pouring green tea from iron kettles. “We’ve focused on tea and haven’t expanded the business too much,” he says. “That’s why we’re surviving.” 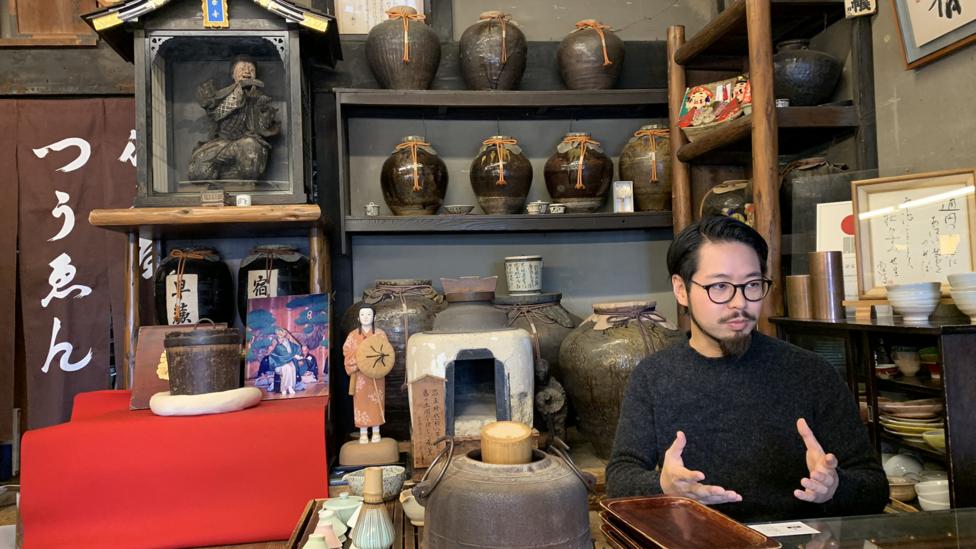 Yusuke Tsuen, 38, is the proprietor of Kyoto’s Tsuen Tea, a tea house nearing 900 years old. He says picking up the family business was a no-brainer to him (Credit: Bryan Lufkin)

Maybe it’s not too surprising that this 900-year-old tea house has survived in a city renowned for tradition and craftsmanship. But what is surprising is that Tsuen isn’t alone. Back in 2008, a Bank of Korea report found that of 5,586 companies older than 200 years in 41 countries, 56% of them were in Japan. In 2019, there were over 33,000 businesses in Japan over a century old, according to research firm Teikoku Data Bank. The oldest hotel in the world has been open since 705 in Yamanashi and confectioner Ichimonjiya Wasuke has been selling sweet treats in Kyoto since 1000. Osaka-based construction giant Takenaka was founded in 1610, while even some global Japanese brands like Suntory and Nintendo have unexpectedly long histories stretching back to the 1800s.

But what is it about Japan that produces these long-lasting businesses? And in a global era defined by scrappy start-ups that push boundaries at lightning speed, do they have anything to teach us?

Hara, who worked in Silicon Valley for a decade, says that Japanese companies’ emphasis on sustainability, rather than quick maximisation of profit, is a major reason why so many of the nation’s businesses have such staying power. “In Japan, it’s more: how can we move [the company] on to our descendants, our children, our grandchildren?” he explains.

If I didn’t take it over, [the legacy] would have ended – Yusuke Tsuen

At Tsuen Tea, Tsuen says many of his childhood friends in Kyoto also happened to be born into centuries-old family-run companies. To him, picking up the family business wasn’t even a question. “It’s not the business I started – I am operating the business my ancestors started. If I didn’t take it over, [the legacy] would have ended,” says Tsuen. “When you’re little, like in kindergarten and elementary school, you’re asked your dream for the future. I thought I was taking over the business. It was natural.”

Japan’s towns and cities have existed for centuries (compared to the US, for example), so perhaps it shouldn’t be shocking that it has many older companies. But Innan Sasaki, an assistant professor at the University of Warwick’s business school who’s written about Japanese company longevity, says there are other reasons more specific to Japan.

“More generally, we could say that it is because of the general long-term orientation: the culture of respecting tradition and ancestors, combined with the fact that it has been an island country with relatively limited interaction with other countries,” she says, pointing to people’s desire to make the most of what they have for as long as possible by preserving local companies in the community. 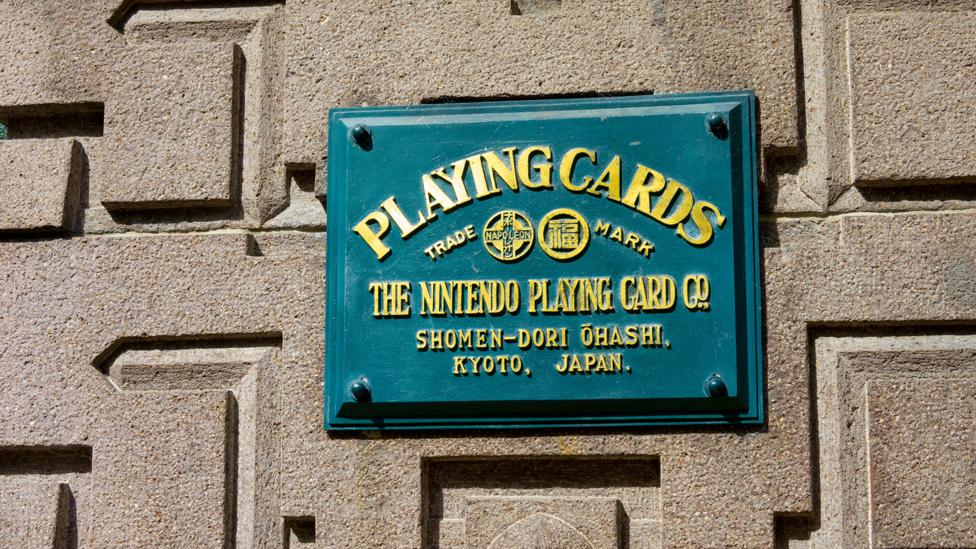 Many shinise are recognised brands around the world. Nintendo, headquartered in Kyoto, was founded back in 1889 and specialised in making playing cards (Credit: Alamy)

Many of these oldest companies are medium or small family-owned organisations focusing on hospitality and food, like Tsuen Tea. Several companies have even benefited from the widely-accepted Japanese practice of adopting adult male workers into the family bloodline to ensure an unbroken succession for the business, something even huge firms like Suzuki Motor and Panasonic have done.

Elsewhere in Kyoto is another shinise company that isn’t nearly as old as Tsuen Tea, but much larger: the video game company Nintendo. It’s known across the globe for the way it revolutionised at-home entertainment with its electronic gaming system back in 1985.

But most people don’t know that the company predates its massive global commercial success. Despite being thought of as a tech company, Nintendo was founded back in 1889, as a maker of playing cards for the Japanese game hanafuda. First imported by the Portuguese in the 16th Century, the game involves collecting cards with various flowers printed on them, each worth different points.

Kyoto University’s Hara says Nintendo is a great example of a company sticking to what he calls a “core competency”. That’s the basic concept behind what a company makes or does, which helps the company survive – even as the technology or world around it changes. In Nintendo’s case, it’s “how to create fun”, Hara says.

These long-standing entities, at least 100 years old, are known as shinise

Hara also points to kimono companies struggling to stay in business as fewer Japanese women wear the traditional garments. One Kyoto-based kimono manufacturer dating back to 1688, Hosoo, has expanded into carbon fibre production for materials companies. “The core competency is the same: 3-D weaving,” he says.

In Kyoto, many long-standing businesses also tout a dedication to good customer service as an element that keeps them thriving. It’s especially the case with ryokan: traditional Japanese inns that treat guests like family. Hara says that Japanese businesses value this high-level customer service, known as omotenashi, and try to anticipate what customers need because they fuel the sustainability that Japanese companies value. 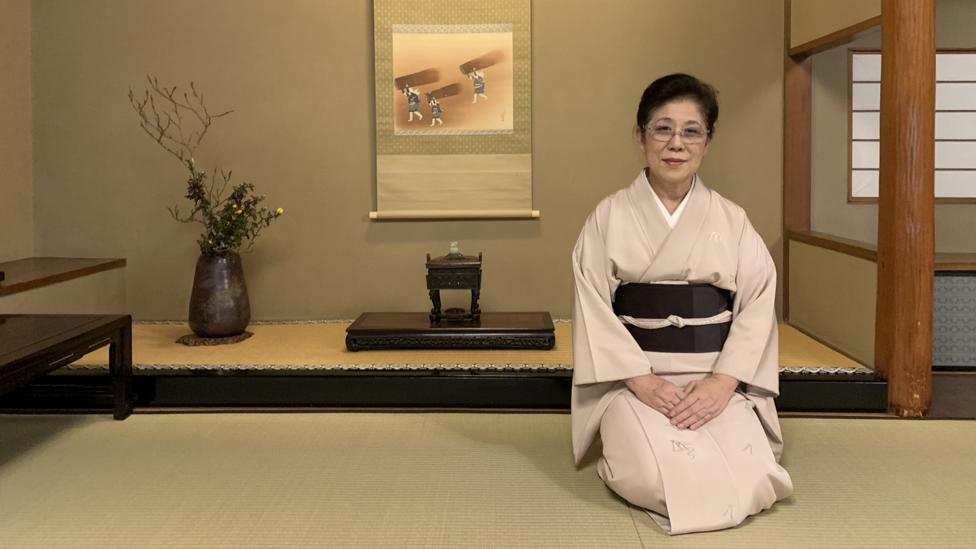 Akemi Nishimura’s family has run Kyoto’s Hiiragiya ryokan for six generations. The inn celebrated its 200-year anniversary in 2018 and has welcomed guests like Charlie Chaplin and Louis Vuitton. “Heart-to-heart communication – that is the best part of ryokan,” she says. Flipping through an 80-year-old handbook that details how to run a ryokan, it mentions what to do with a guest’s handkerchief: how to wash it, properly fold it and return it. “But some customers wouldn’t like that – [the book says] you should ask permission beforehand,” Nishimura says.

“These companies prioritise values such as commitment to the family business, continuity, quality, community and tradition over financial logic,” says Sasaki. “Consequently, in Kyoto, these firms enjoy a social standing that goes way beyond what stakeholders would ordinarily ascribe to family firms, making them an elite class of organisations.”

Good or bad for innovation?

Yet this admiration for longevity does have a downside, particularly when it comes to the nation’s start-up scene, which has been criticised as sluggish in comparison to elsewhere, although that characterisation is changing. 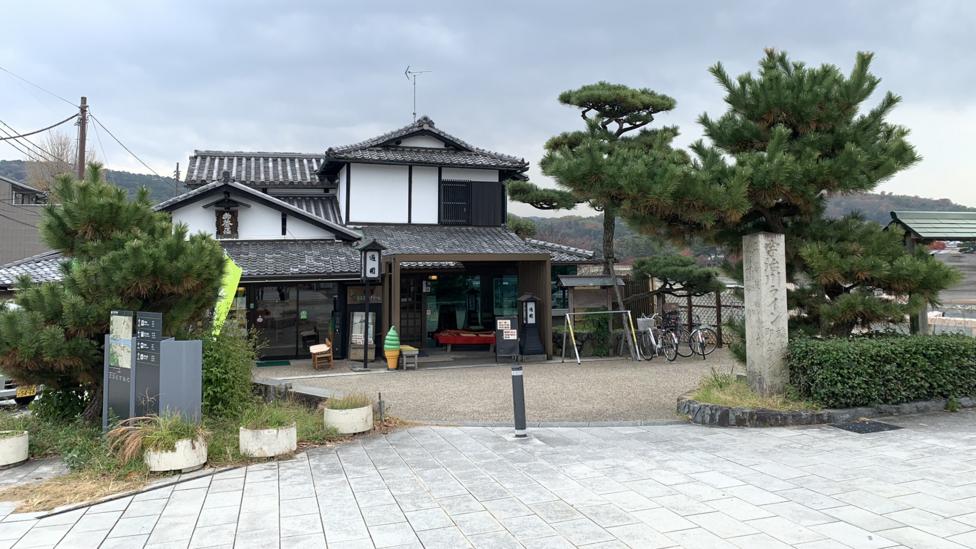 Tsuen Tea, founded in 1160 and located in Kyoto, is one of 33,000 “shinise” companies in Japan: businesses over 100 years old at least (Credit: Bryan Lufkin)

“To be in the start-up scene in terms of social acceptance has been challenging, since the ‘start-up’ world is not as acknowledged as ‘shinise’ companies. I’ve had hard times explaining and sharing with my parents or friends what I do and where I work,” says Mari Matsuzaki, 27. She works at Queue, a Tokyo-based education technology start-up, and used to run the Tokyo version of Slush, the international start-up not-for-profit aimed at students.

“Out of my graduating class, I am probably the only one who decided to enter a start-up,” she says. “While in other countries, founders are praised for transforming their failures into valued experiences, in Japan, the dominant mindset towards risk and failure is a battle many entrepreneurs have to overcome.”

Michael Cusumano agrees. He’s a professor at the Massachusetts Institute of Technology who spearheaded entrepreneurship and innovation initiatives at the Tokyo University of Science from 2016 to 2017, and lived and worked in Japan for eight years. “Closing a company or selling it is also considered something of a failure and shame in Japan, and this feeling goes back centuries. So these cultural issues also seem to encourage families to keep firms going,” he says. “Japanese society, and the economy, is not as flexible as the US, and so Japan does not generate big new firms so easily. The tendency is to preserve what they have.”

Yet shinise companies aren’t exempt from hardship. Kongo Gumi, a construction company founded back in 578, lasted a staggering 1,400 years before going into liquidation in 2006 due to debt. In the future, Matsuzaki believes that there will be benefits in combining the strengths of the two business models.

“The key will be to foster more synergy between shinise companies and start-ups,” she says. “Shinise companies’ strength in resources, their reputation in the industry, [a] strong network.” By mixing new technology and rapid decision-making with shinise, she thinks “start-ups can become a lethal weapon for Japan’s future”.

Yet back at Tsuen Tea, current owner Tsuen has no such lofty goals. “I was born here by chance. My ancestors continued the tea business and I’m taking over,” Tsuen says. “My goal is not to make the company bigger or expand sales or go worldwide. What’s most important is to just continue this.”